Stories about companies can easily become just a collection of cold facts. And we naturally have our own, too. But this is a story about something quite different, and it’s all about why we’re here.

It all began with one man and his ideas

Back in 1866, Alexis Westerdahl stepped off of the train at Gemla station with the magnificent idea that ordinary kids should be able to get proper toys.

He succeeded. A few decades later there was a profusion of toy factories in the area. One of them was started by Aron Johansson and his two partners. They ran the firm for almost 30 years before selling it. 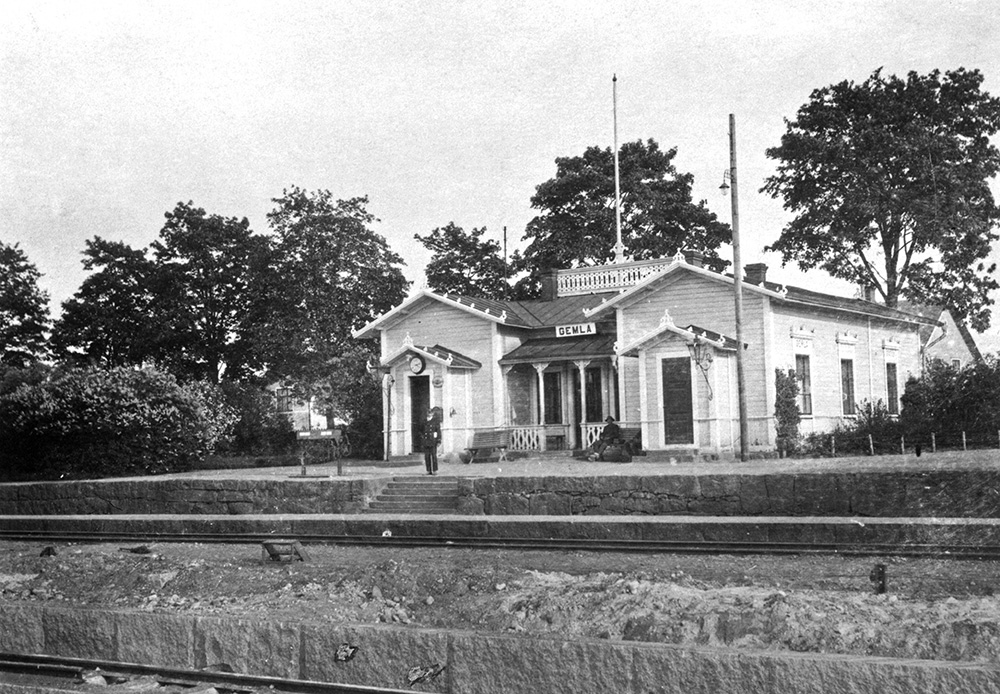 Aron and his wife Kristina had six children with the surname Aronsson. His eldest son was Georg. In 1944 he lived as a travelling book salesman with a pretty tired attitude to his job. He was raised in a world of toys. And his dream was to return.

To succeed, he needed a toy that did not cost the earth to produce. But which still stood out in the crowd.

He saw his future in that toy.

Another round over here, please miss!

At the Stora Hotel in Jönköping, Georg met someone who presented himself as an artist, but who turned out to have many more strings to his bow. Especially that evening, when after an aquavit or two, he got to grips with Georg Aronsson’s concern.

A passing waitress lent them her notebook (and served them more drinks). And soon the table was awash with crazy, creative sketches. He was eagerly cheered on by Georg, who provided the artist with an understanding of the conditions for a unique toy that could be produced with minimal investment.

Once back in his childhood home in Gemla, Georg recounted his plan for his siblings. Using the sketches hastily jotted down while under the influence as his only presentation material, he described what the package might hold – the idea for their shared future.

The discussions were long and heated, but they soon took on a more constructive nature.

The miracle toy would be called Micki-Kul. If the product would only sell…

They had to cut short their first sales trip in Hestra. The prototype was damaged. Things went better the second time. But by now their dream customer, factory manager Otterdahl at Turits, had taken ill and was in Gothenburg hospital unable to receive visitors.

His secretary, possibly influenced by Georg’s charming manners, contrived to ensure that the prototype Micki-Kul, illness notwithstanding, reached Otterdahl’s sickbed.

He ordered 10,000 right away. And then doubled that before returning home!

So now they had a giant order. But no place to produce it. Just an empty barn without power. Utter chaos. But soon under control. And absolutely wonderful.

Product development is the foundation for Micki’s success. The quirky constructors with distinctly playful temperaments are always coming up with new ideas. Göta’s pretzels are joined by new designs and models on the coffee table.

The divinely inspired ”atomic springs” make their entrance. They can make cars and boats move without human intervention. A wooden train from America enjoys a meteoric success. Exports begin to get under way. 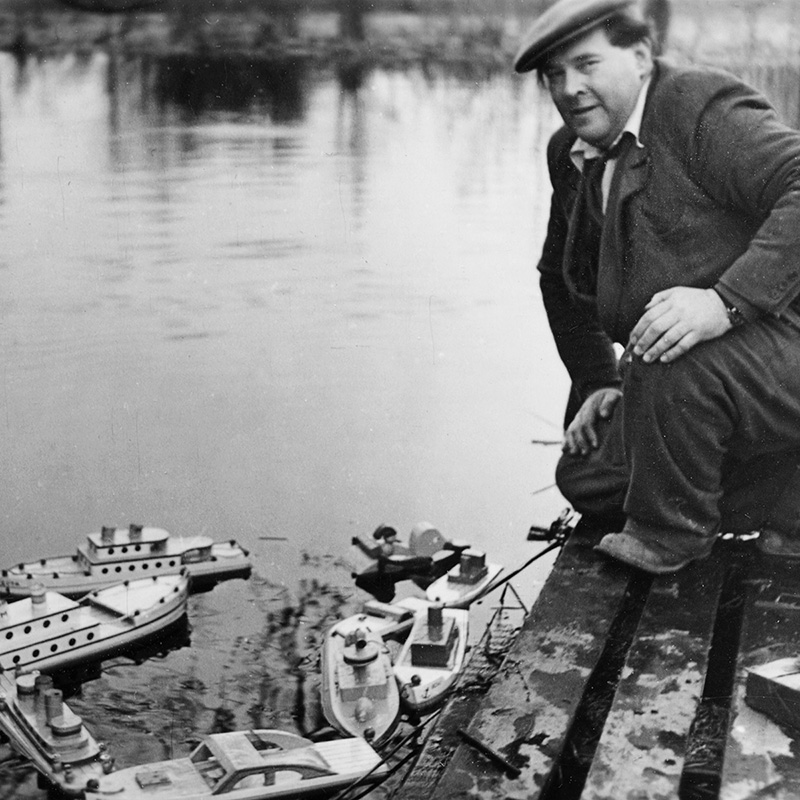 Then along came IKEA.

IKEA meant a completely new approach to toy making. By producing more with fewer hands. All in order to handle the competition from toy makers in other countries.

It was a very instructive time for Micki Leksaker. When the IKEA saga reached its last chapter, a new philosophy had seeped into the very walls.

An understanding that toy production does not always require your own factories and machinery.

In the beginning of the 90s, Micki Leksaker acquires a license for Pippi, the strongest girl in the world! A character who is just as popular today as she was then. Pippi started the success that came with our popular Micki toys and various licenses. Since then, Bamse and Babblarna have joined the cast.

Once upon a time there was a beautiful, white house. In the kitchen was a happy little old lady, surrounded by her laughing brothers. There was coffee and buns on the table. And toys. Together, they owned a small factory where they made the toys. Every time a new toy saw the light of day, they put it on the table to look at and fiddle with. At first, everyone was quiet and pretended to be sensible. Then came the laughter. Because even though they were grown-ups, and should appear to be wise, they just loved toys. And they knew exactly what they were for.

This happened in the little country of Sweden. The world’s wars were over, and everyone was doing well. Toys were taken for granted. By all the children. Well, almost.

The more time passed, the more that ”well, almost” began to haunt them. The company was bigger now, and its owners were new family generations. But they still knew precisely what toys were for. And they put everything they knew into hearing new, bubbling laughter. Things went well. Ideas, collaborations and trend spotting gave good results.

But there was still that ”well, almost”. They also wanted to do something about that. As much as they absolutely could…